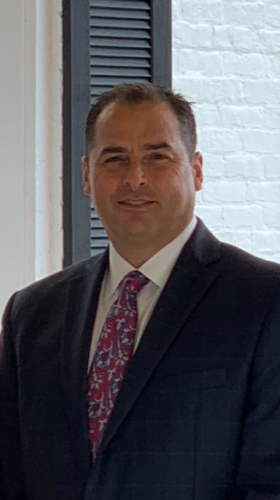 Jeff is the son of the late Pete Jessie and Delsie Wilson Jessie of Edmonton and formerly of Columbia. He is a 1991 graduate of Adair County High School and a 1994 graduate of Mid-America College of Mortuary Science. He married Stacy Greer of the Knifley Community of Adair County in 1996 and they have three children Drake, Carson and Easton Jessie. Jeff started his funeral service career at Stotts-Phelps-McQueary Funeral Home as a senior in high school as a part time job and continued thru the summer after graduation. He then worked at Grissom Funeral Home from 1991-1995 before moving to help start Portland Funeral Chapel in Portland, TN. After two years and helping get the funeral home established in Portland, TN he moved to Glasgow, KY for a position as Funeral Director and Embalmer at A. F. Crow and Son Funeral Home. After 20 years at A. F. Crow and Son Funeral Home he became Owner of Stotts-Phelps-McQueary Funeral Home on October 31,2018. 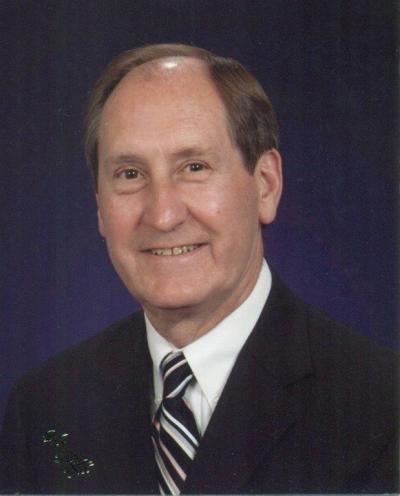 Louis is the son of the late Walker and Della Knight McQueary.  He is a 1963 graduate of Adair County High School, attended Lindsey Wilson College and graduated from the Kentucky School of Mortuary Science in 1967.  He received his Funeral Director and Embalmer Licenses in 1967.  He is a Licensed Life Insurance Agent for the State of Kentucky.  He has worked in the funeral business since high school and has previously served Adair County as Deputy Coroner and Coroner for 15 years.  Louis became a partner in Stotts-Phelps-McQueary Funeral Home in March 9, 1972.  He is married to Brenda Cheatham McQueary.  They have two daughters Jamie (Randal) Murrell and Julie (Larry) Irvin and four grandchildren, Caleb Irvin, Emily Irvin, Meredith Massengale, Madelyn Murrell.  He is a member of the Trinity United Methodist Church and a member of Columbia Masonic Lodge #96.

Louis McQueary sold his interest in the funeral home to Jeff Jessie on October 31, 2018 and continues to be a part of the growth and transition of Stotts-Phelps-McQueary Funeral Home. 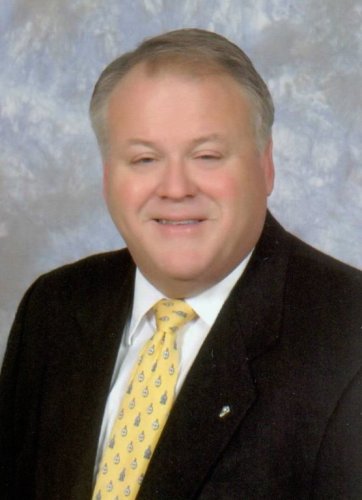 Richard is the son of the late William E. “Billy” Phelps and Rebecca Morris.  He began working at the funeral home at age 16 during the summer of 1973.  After graduating from the Kentucky School of Mortuary Science in 1977 he joined the funeral home full time.  He received Funeral Directors and Embalmers Licenses in 1978.  Richard became a partner in Stotts-Phelps-McQueary in 1985.  He is a Licensed Life Insurance Agent for the State of Kentucky and served as deputy coroner for several years.  He married Mary Beth Sims in 1980.  They have a daughter Elizabeth (Ben) Ballou and a son Will (Kelly) Phelps and have five grandchildren.  He is currently an elder in the Columbia Christian Church, member of Columbia Lodge #96, President of Columbia Cemetery Association, and Secretary/Treasurer of the South Central District Funeral Directors. Richard received the Columbia-Adair Co. Chamber of Commerce Business & Professional Man of the Year in 2018.   He enjoys black powder rifle shooting and collecting, hunting, historical reenacting and collecting old things.

Richard Phelps continues to work full time at the funeral home after the  sale of his interest in the business to  Jeff Jessie on October 31, 2018. 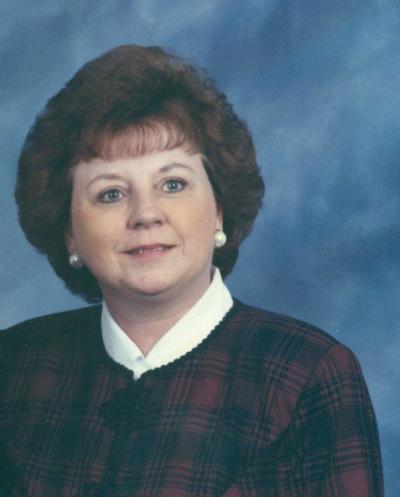 Brenda is the daughter of Leonard and Pauline Stephens Cheatham.  She graduated from Adair County High School in 1965.  She has been a part of business since March of 1972 and received her Funeral Director license on July 10, 1975.  She is a carrying and compassionate person who enjoys helping others and has a deep compassion for animals.  She has been an active member of the Trinity United Methodist Church since she was 9 years old.  She and Louis have two daughters Jamie (Randal) Murrell and Julie (Larry) Irvin and four grandchildren, Caleb Irvin, Emily Irvin, Meredith Massengale, Madelyn Murrell.  In addition to her involvement in church and passion for animals, she enjoys spending time with her family. 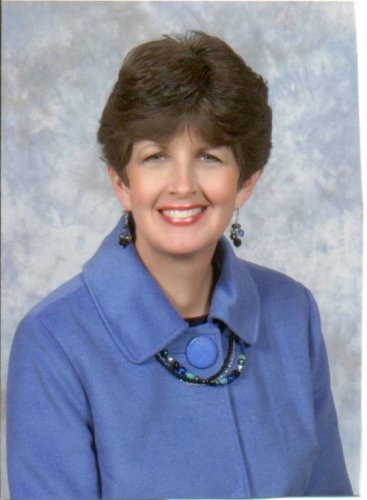 Mary Beth is the daughter of the late Ralph and Nancy Lowe Sims.  She graduated from Adair County High School in 1973 and a graduate of the East Tennessee Baptist Hospital School of Nursing.  She has helped in the funeral home since 1985 and obtained her Funeral Directors license in 1993.  She has been employed as a Registered Nurse for 40 years in the area home healthcare.  She is an active member and teacher in the Columbia Christian Church and enjoys spending time with their five grandchildren. 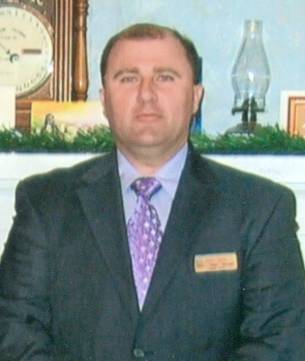 Kelin is the son of Avery Helm and the late Etta Helm. He has been working at the funeral home for over 16 years and is a licensed Funeral Director.  He is married to Peggy Edwards Helm and they have one daughter Kayla Helm.

Phillip is a 1969 graduate of Green County High School and attended Western Kentucky University and Campbellsville College where he studied Psychology. He entered funeral service in 1971 by serving his apprenticeship at the Parrott and Ramsey Funeral Home before attending the Kentucky School of Mortuary Science. While in mortuary school he was selected to Who' Who among students in Technical Schools of America. After graduation in 1974 he served with the Ratterman and Son Funeral Home in Louisville where he worked until he returned to Campbellsville in 1976 as owner of Shively Jewelers until 1984 when he returned to funeral service. He accepted a full time position with the Lyon Funeral Home in 1985 and continued to serve with new owner Larry DeWitt after Larry purchased the business in 1986. Phillip continues in his role as Funeral Director and Embalmer under the ownership of Daryl and Sharon Berry until the closure of the funeral home in June 2018.

He joined the staff of Stotts-Phelps-McQueary Funeral Home in July of 2018. He is available to continue serving any families in their time of need.

Phillip united in marriage in July of 2015 to Beverly Scott Larimore.   Between the two, they have four children and four grandchildren.  Phillip enjoys spending time with the family and his hobby of woodworking. 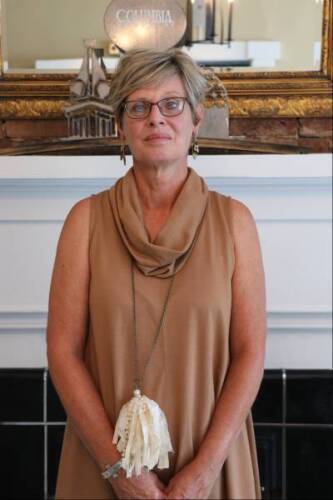 Jane is the daughter of Gladys Jessee and the late Houston Rogers.  She is a graduate of Adair County High School.  She obtained an Elementary Education degree from Campbellsville University and a Rank II from Western Kentucky University.  Jane started her teaching career at John Adair and finished at Adair County Elementary School.  She retired after 36 wonderful years of mostly teaching "Science".  She is a member of Trinity United Methodist Church.  Jane enjoys reading, being outdoors with her dog and being MiMi to the Compton twins, Channing and Carsen. 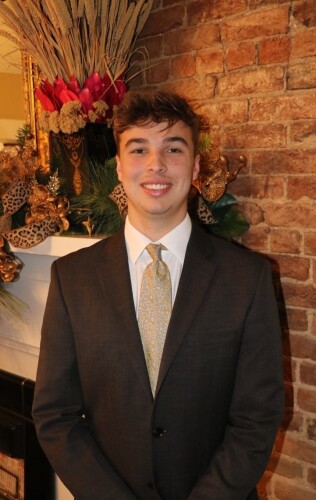 Carson is the son of Jeff and Stacy Greer Jessie.  He is a 2021 graduate of Adair County High School where he played baseball.  Carson is currently attending Lindsey Wilson College, majoring in business and plans to attend mortuary college afterward. Carson enjoys the outdoors, especially hunting, fishing and being on the lake. 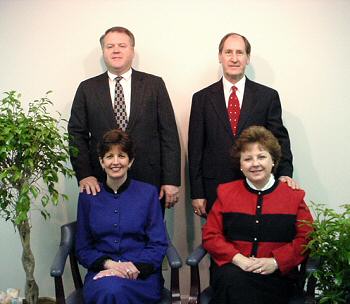