We would like to offer our sincere support to anyone coping with grief. Enter your email below for our complimentary daily grief messages. Messages run for up to one year and you can stop at any time. Your email will not be used for any other purpose.

Share a memory
Obituary & Services
Guestbook Condolences
Read more about the life story of Gerald "Jerry" and share your memory.

Gerald “Jerry” Alvin Holt, 76, of Columbia, KY died Thursday, February 25, 2021 at his residence.  Born in Reading, PA on May 8, 1944, he was one of thirteen children born to the late Alvin and Margaret Gehret Holt.

Mr. Holt was a veteran of the United States Air Force and a retired Field Service Technician.  He had previously worked for Digital Equipment in Bangor, ME, Compaq in Texas and Hewlett Packard in Colorado before retiring to Kentucky.

Perhaps Jerry was best known for his very colorful outfits -- and wildly mis-matched bright socks -- as he cycled through Columbia in all seasons on his flag and banner festooned recumbent trike. For many years, Jerry was both a member and officer of Columbia's Rotary Club, where he was a champion fundraiser by getting donations for the Rotary Club's annual radio auction. He also was a cheerful early morning cook for Rotary's fundraising breakfast held each year during Columbia's Downtown Days. Jerry Holt also was a member of the Adair County Garden Club, always happy to help out in unusual ways. For example, he put together dozens of kits for garden club members to make bat houses in order to help struggling bat populations throughout the county. A lifelong Democrat, Jerry was a proud member of the Executive Committee of the Adair County Democratic Party and worked the election polls for many years. Finally, anyone who ever spent any time at all in the Holloway Wellness Center undoubtedly encountered Jerry. He enthusiastically participated in and often led morning aerobics classes as well as water aerobics. His unceasing good cheer and positive outlook on life will be sorely missed by all who had the good fortune to come across Jerry in so many venues across Adair County.

Mr. Holt chose cremation and no services are scheduled at this time.  Stotts-Phelps-McQueary Funeral Home is in charge of the arrangements.

The family request that any acts of kindness be in the form of donations to the GlioBlastoma Foundation at P.O. Box 62066, Durham, NC 27715 or visit www.glioblastomafoundation.org or to the Rotary International at www.rotary.org

To send flowers to the family or plant a tree in memory of Gerald "Jerry" Alvin Holt, please visit our floral store. 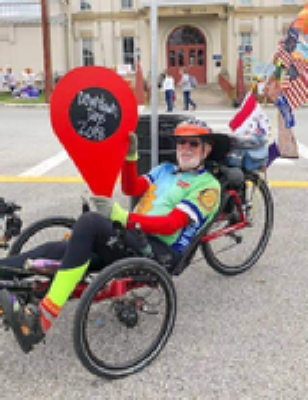 In Loving Memory Of

Look inside to read what others
have shared
Family and friends are coming together online to create a special keepsake. Every memory left on the online obituary will be automatically included in the book.

In Loving Memory Of

Look inside to read what others have shared

Family and friends are coming together online to create a special keepsake. Every memory left on the online obituary will be automatically included in the book.

You can still show your support by sending flowers directly to the family, or by planting a memorial tree in the memory of Gerald "Jerry" Alvin Holt